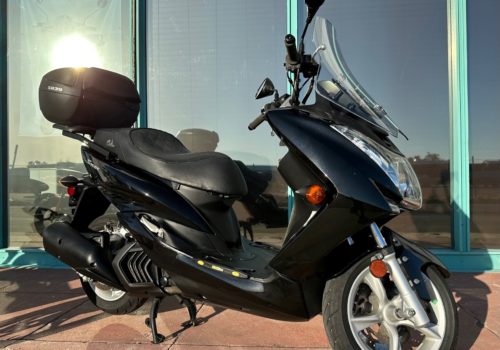 The Yamaha SMax elevates you to a whole new dimension in scootering. That’s because the smartly styled SMAX has a 155cc four-stroke engine that’s freeway legal, opening up every road in the nation for personal transit. Realistically, though, despite its fuel injection, liquid-cooling, and automatic CVT drivetrain, the SMAX’s modest displacement can keep you running at 65mph all day long.

The chassis features are likewise a rung above smaller scooters, and include 13-inch wheels, a longer wheelbase than even Yamaha’s YZF-R6 (55.3 inches versus 54.1 inches, respectively), front and rear disc brakes, roomy two-passenger seating, and 32 liters of under seat storage—enough to hold your helmet or shopping bags. A large windshield is designed to control buffeting at higher speeds, and comfort can be further enhanced by adding accessory heated handgrips. And by the way, the reported fuel economy of 81 mpg beats the snot out of any car on the road. 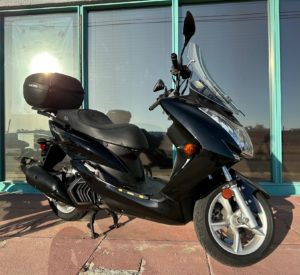 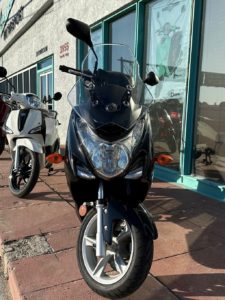 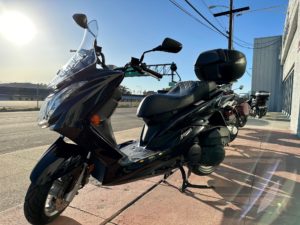 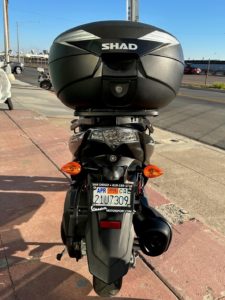 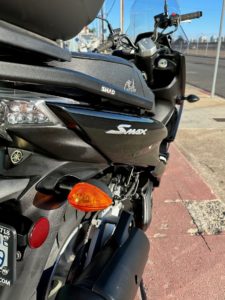 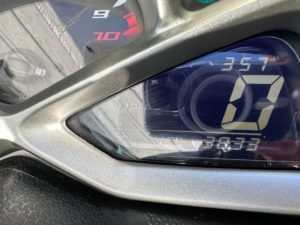 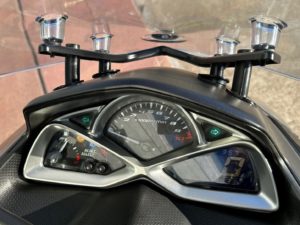 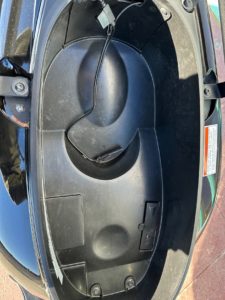 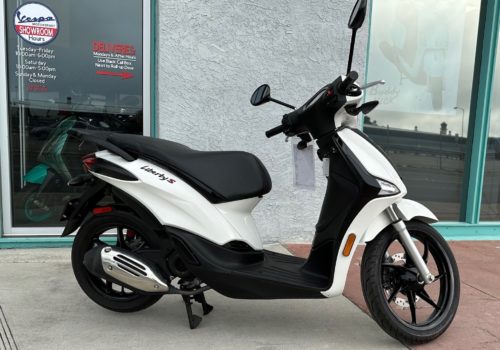 Brand new in perfect condition, sold NEW 5 months ago and just traded in on a bigger bike!

The elegant and curvy lines of the new Piaggio Liberty are embellished with chrome-plated finishes and LED front lights to really stand out on crowded city streets.

The electrically unlocked seat has sufficient space for a half helmet with visor and there’s also a glove box in front of the rider’s legs, while the analogue speedometer with digital fuel and distance readouts give at-a-glance information to ease every journey. 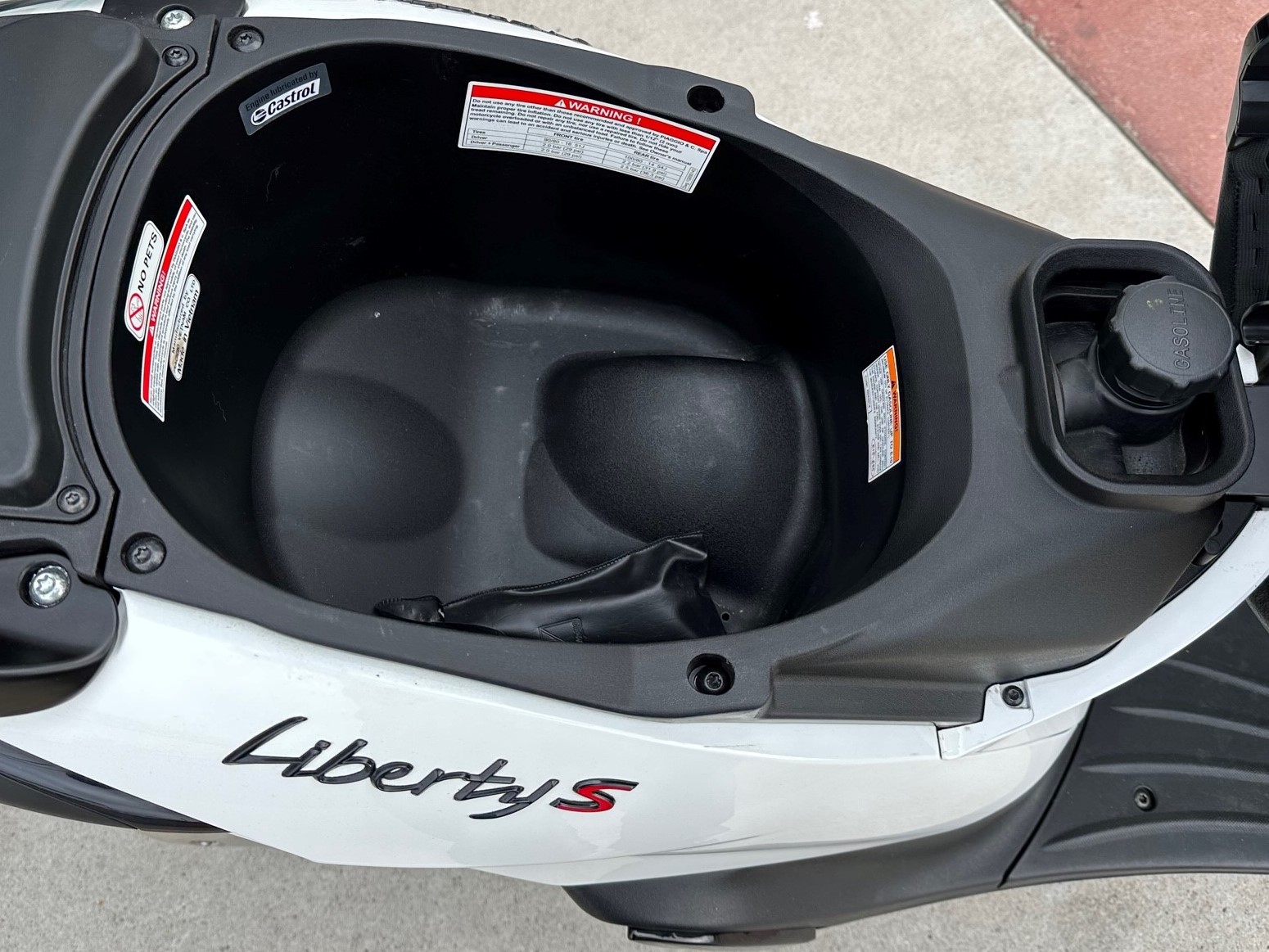 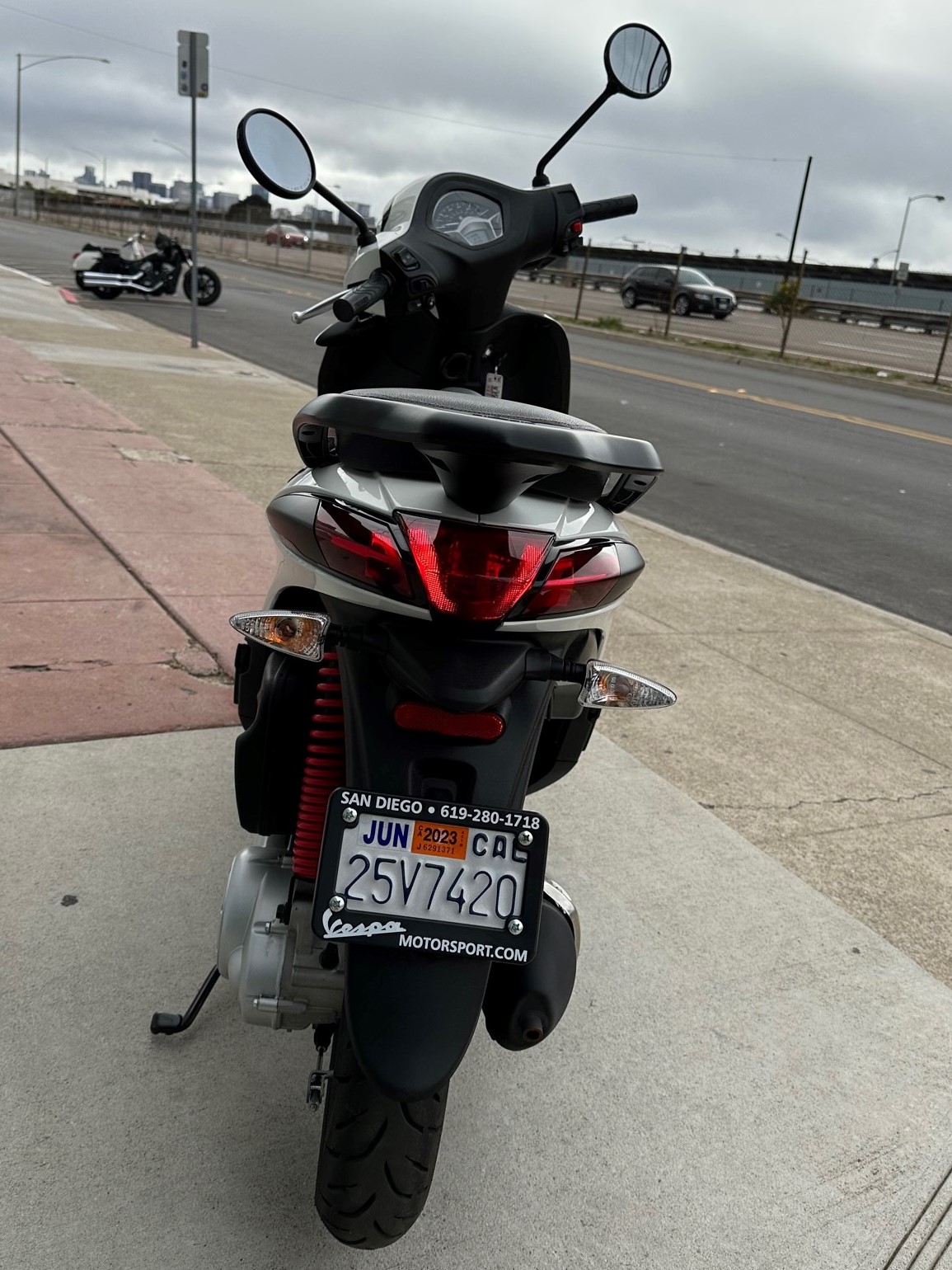 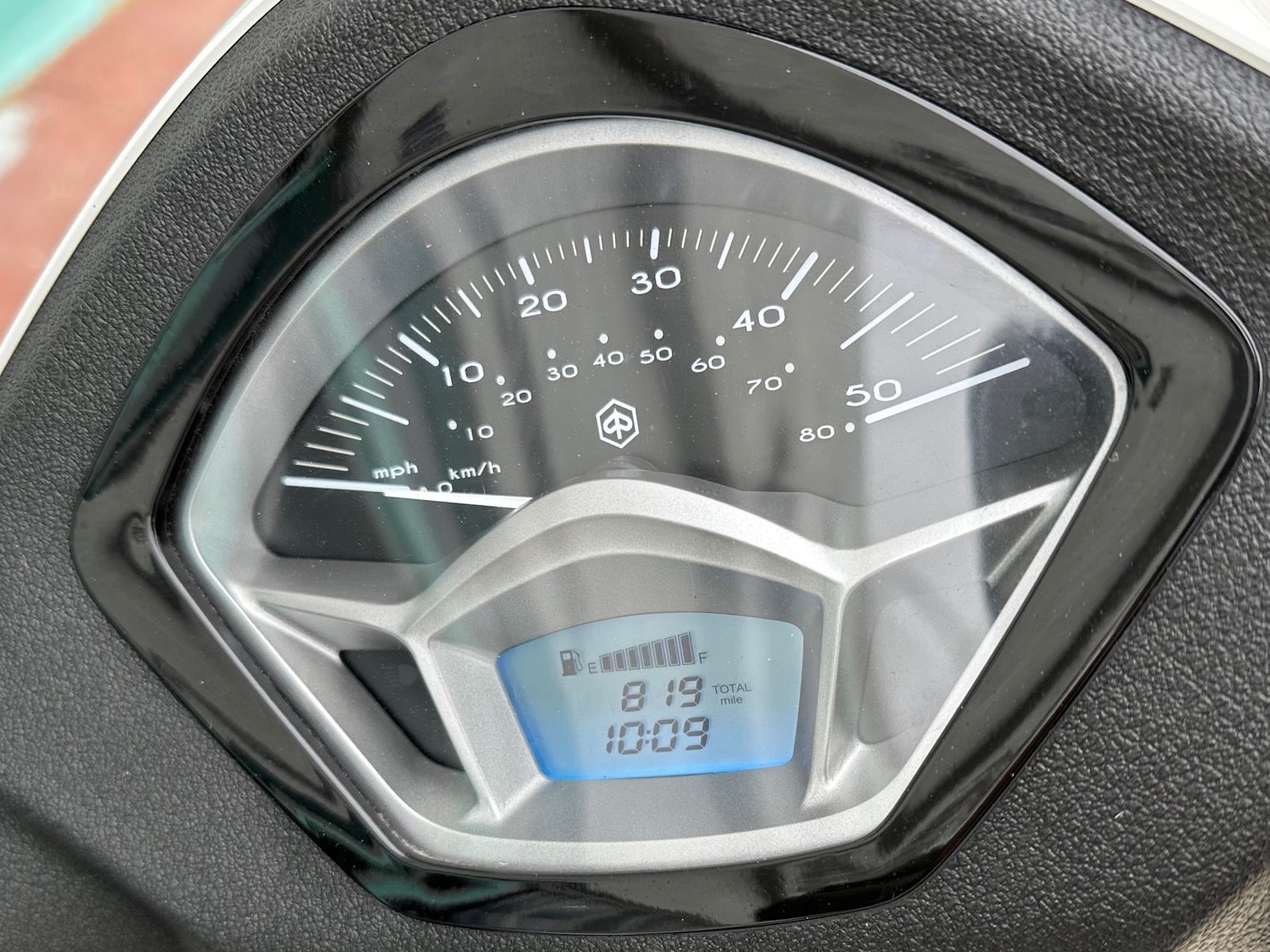 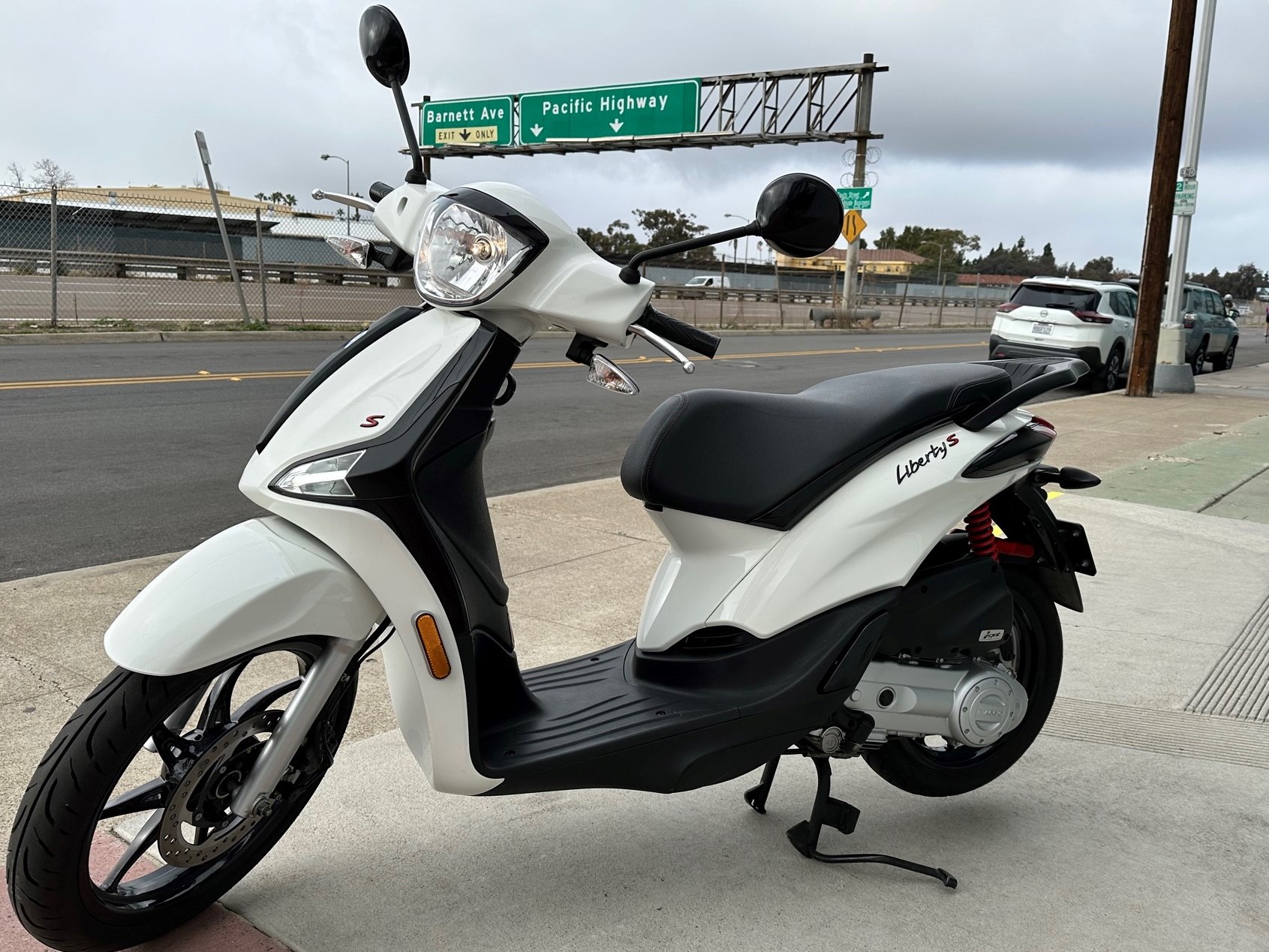 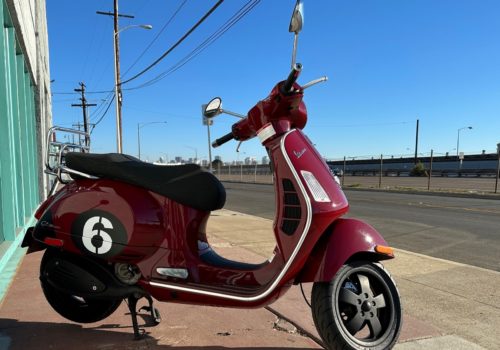 A Very rare color VespaGTS250 in fine condition. Custom Black Out wheels and transmission cover, automatic transmission, electric starter, dual disc brakes, optional rear rack… runs like new! We just performed a full front to rear service, and this bike is ready go for many, many more miles. The new 2023 Vespa 300s are going for over $10,500.00 out the door. Get this one for half of that! Comes with a 30 Day Vespa Motorsport Warranty!

Get into Vespa Motorsport and check this great value before someone else buys it. 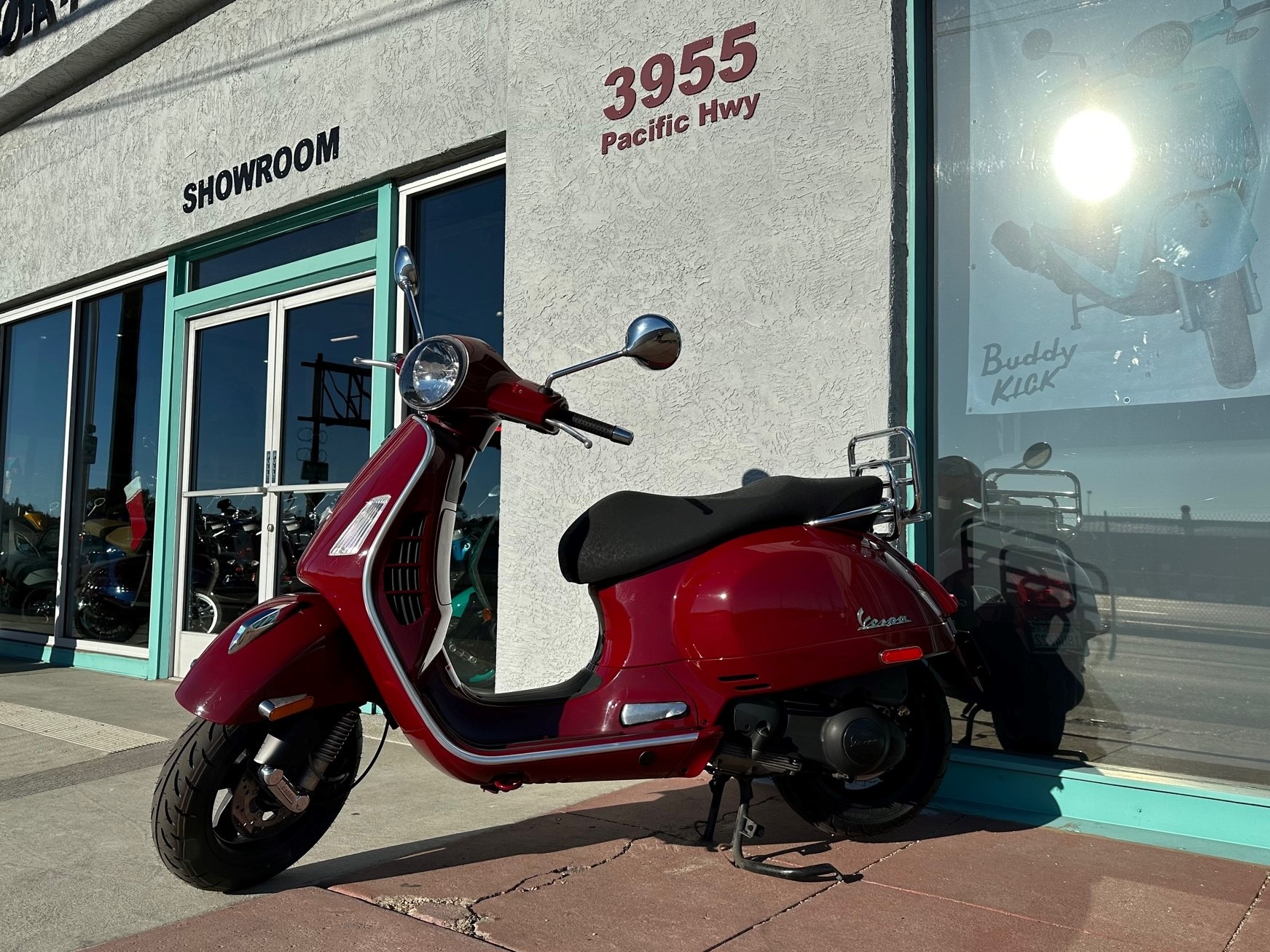 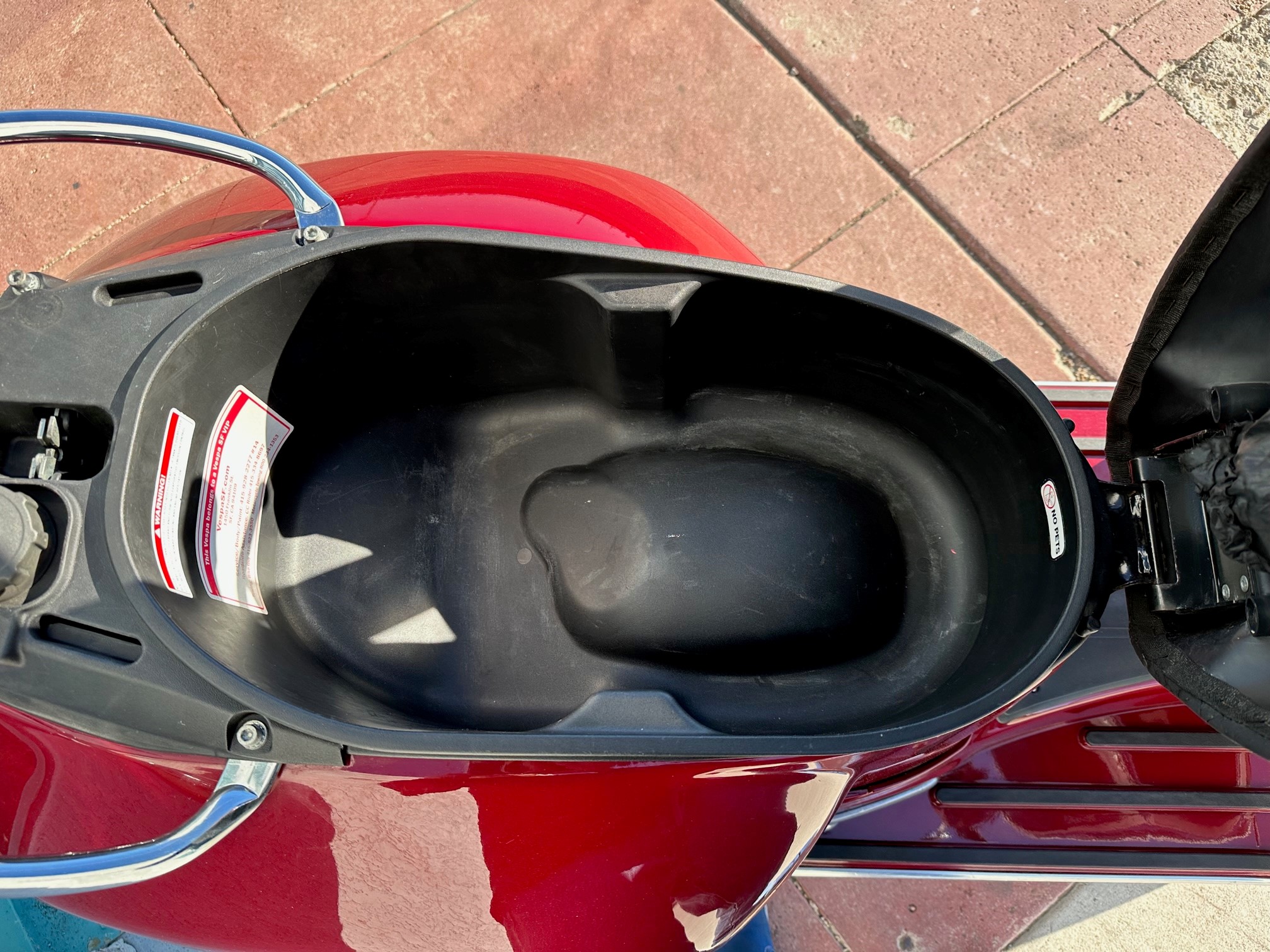 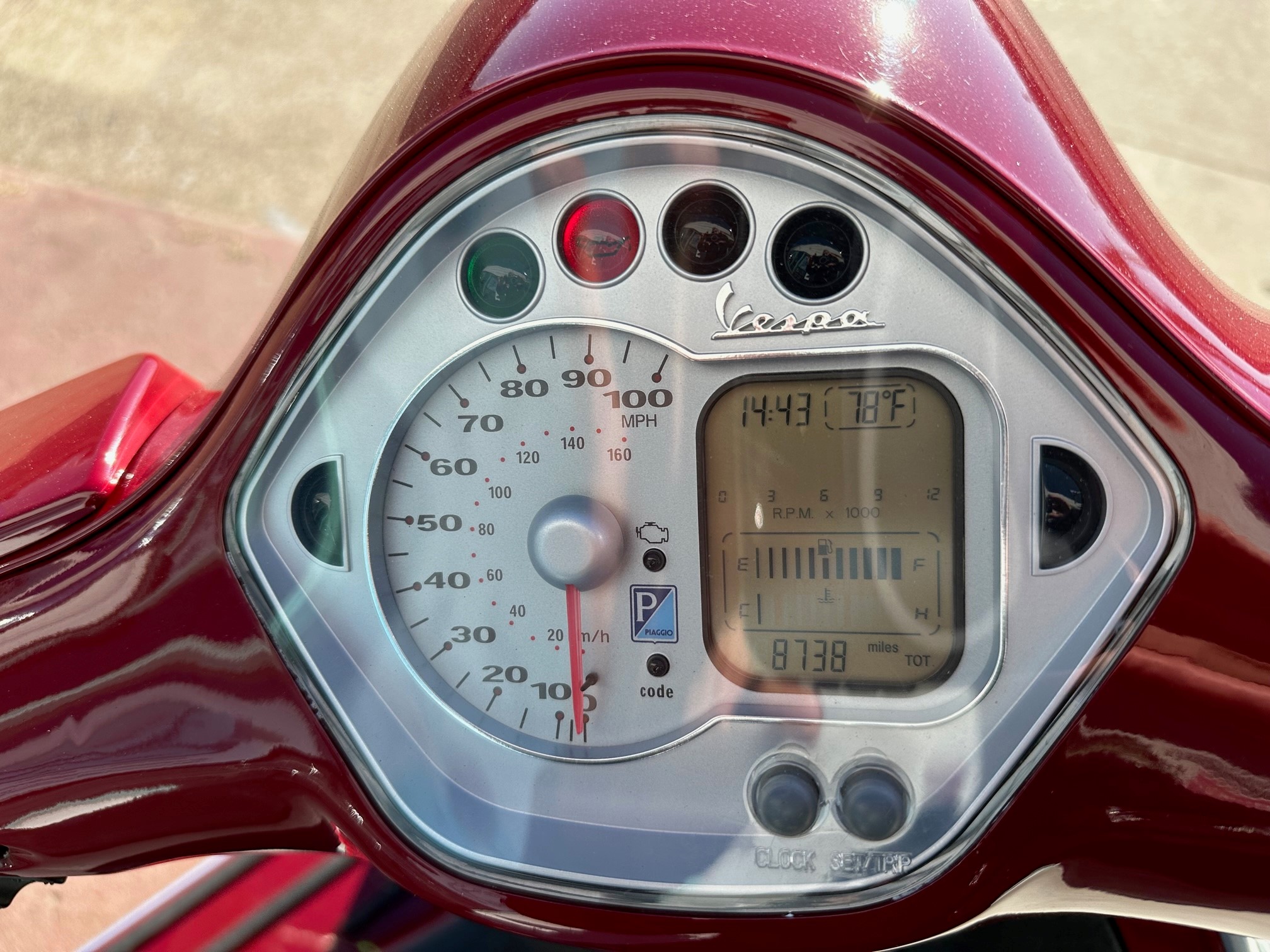 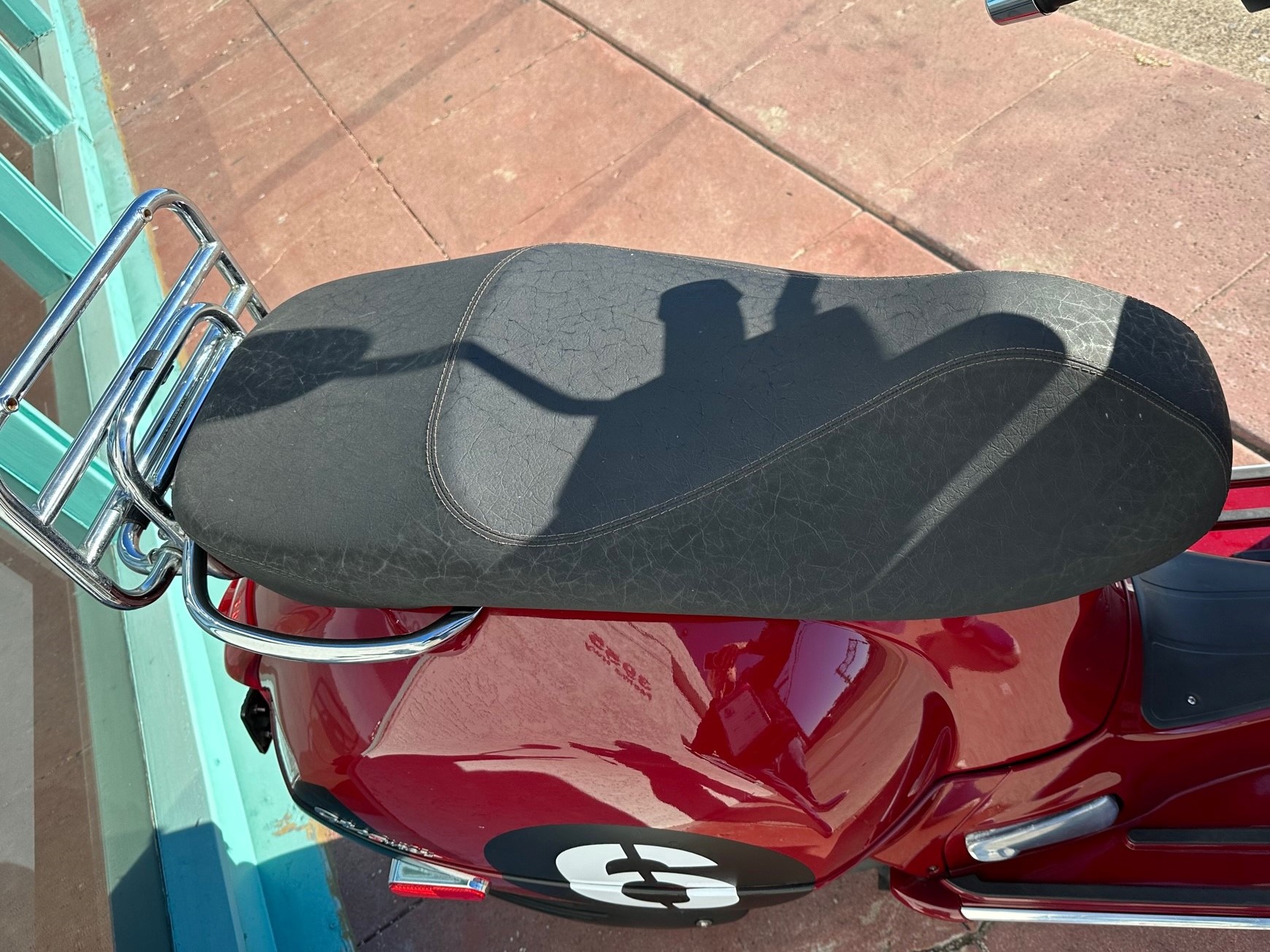 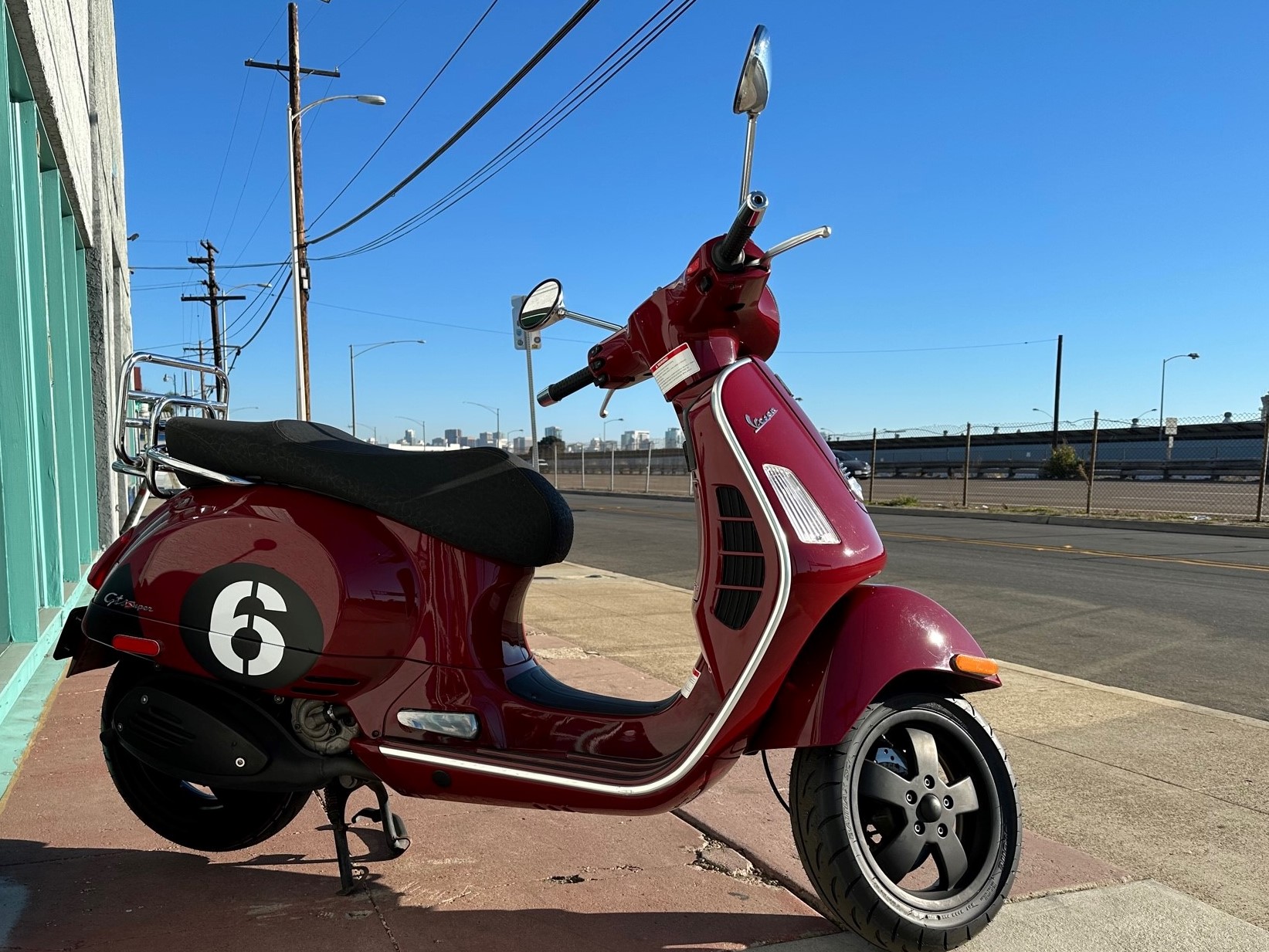 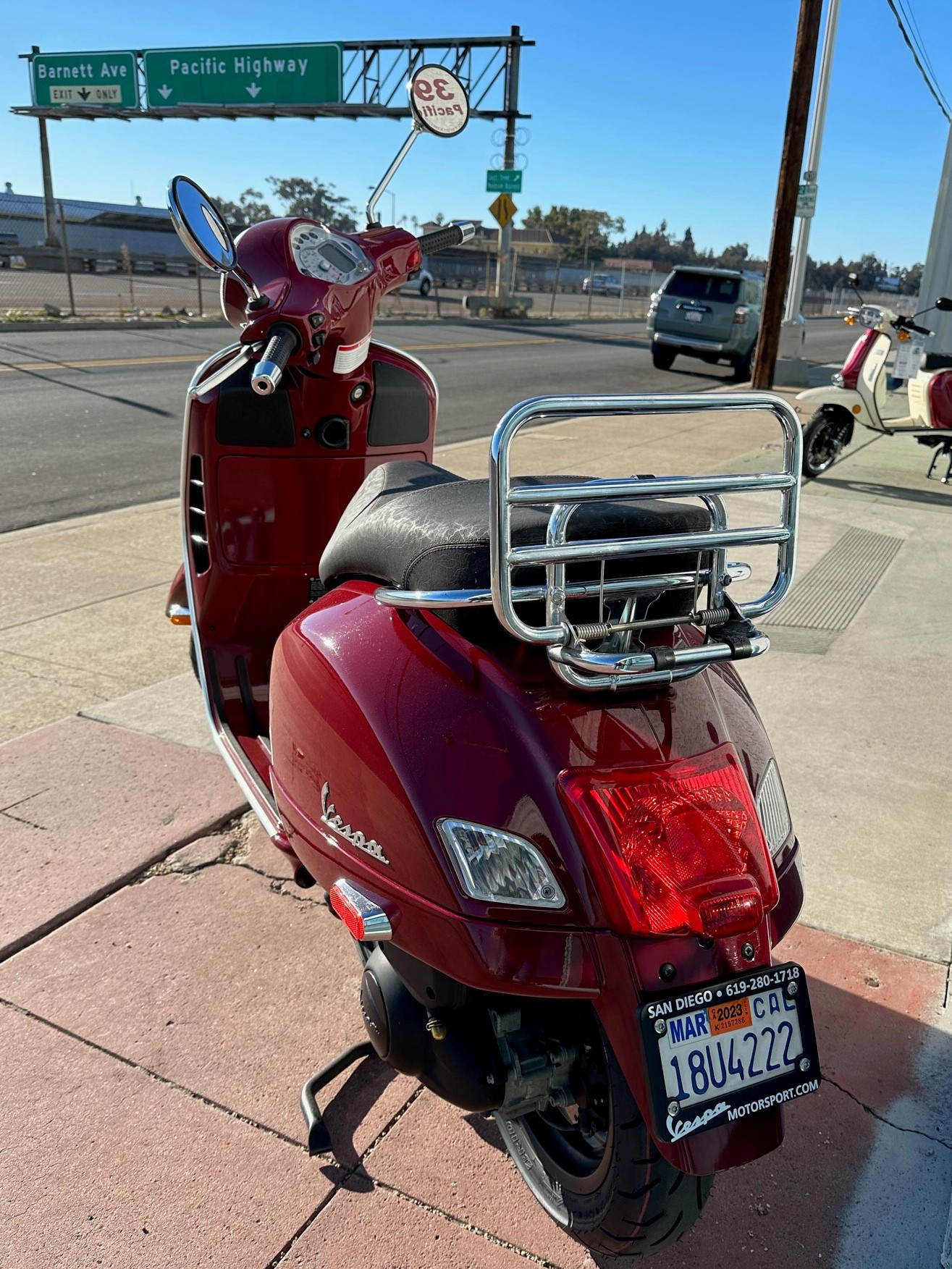 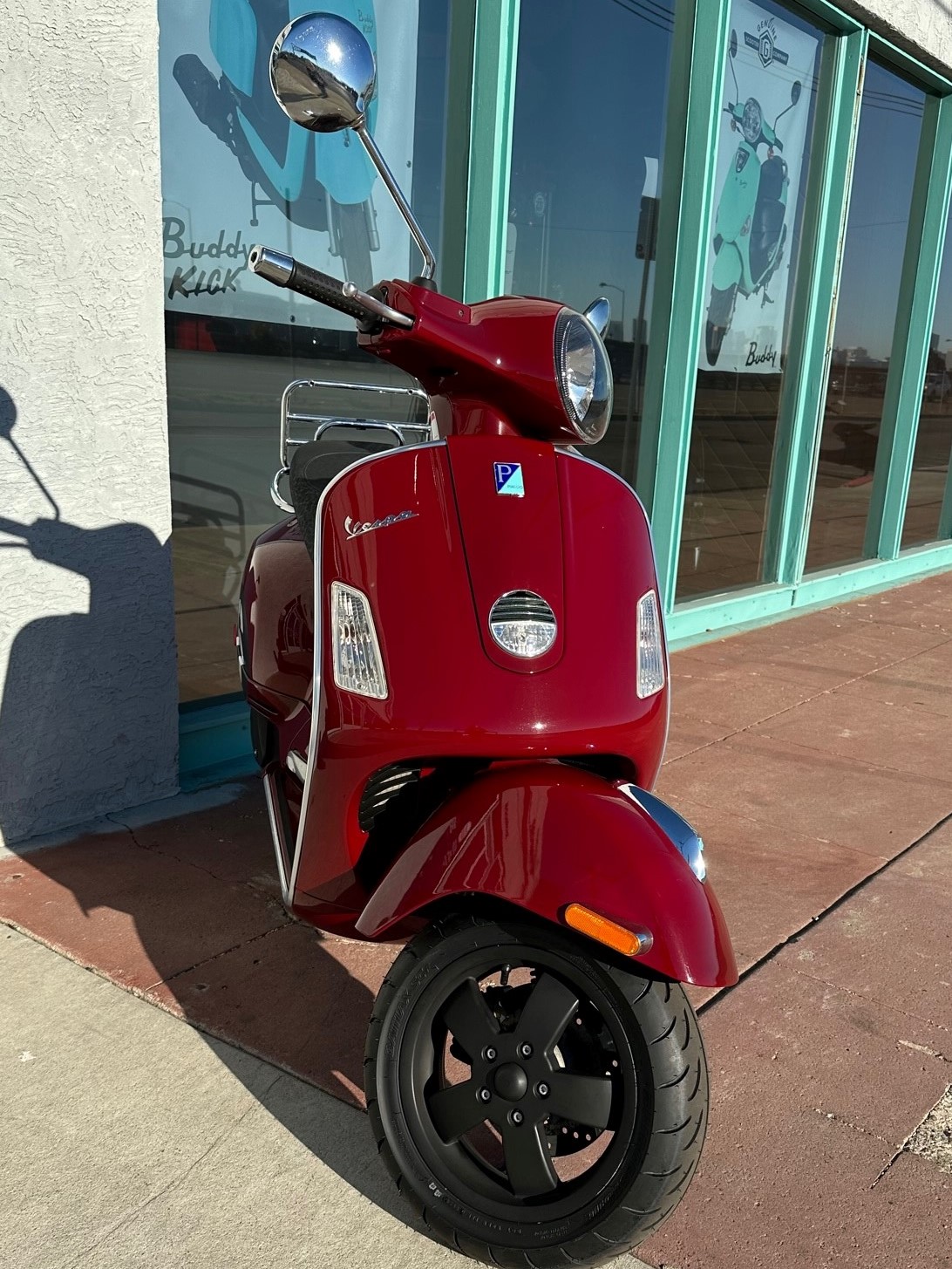 *DOES NOT INCLUDE SALES TAX AND TITLE TRANSFER 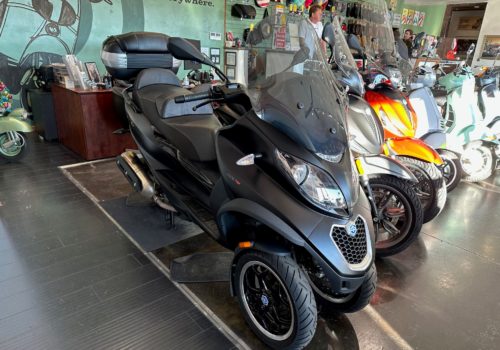 NO STAND OR MOTORCYCLE LICENSE REQUIRED!
Let it ALL go, with the MP3 you can relax, you don’t need a STAND or MOTORCYCLE LICENSE. With a little practice, you can flip the right-thumb button inward just as you’re coming to a stop, which clamps the caliper to the ¼-of a brake-type disc which holds the MP upright. The people in the cars look at you with even greater suspicion. As soon as you twist the throttle to blast off, the lock releases and in town, most of the time, you’d never really know you had two wheels up front. (If you’re rolling backwards, though, the upright lock won’t release until you thumb the lever!) The lock-up mechanism even has its own ECU.

Its 493cc liquid-cooled four-valve Single is now fully ride-by-wire, and puts out a claimed 40.1 horsepower and 45.5 Nm (34 lb-ft) torque. Piaggio says that’s enough to push the MP3 up to 89 mph (don’t tell anybody I saw 98 indicated). Nobody will be able to complain about throttle abruptness, thanks to the CVT transmission.

Forty horsepower are plenty for a scooter; dropping the hammer when the light turns green leaves everybody in the dust and drowns out the annoying “beep” the MP makes when the thing that keeps it upright stops doing it. In spite of Peter Egan’s observation that the real purpose of a trike is to allow you not to miss any bumps in the road, the MP3’s 16.5-inch track means you can avoid a lot of them just like on a motorcycle. And it deals with the ones you can’t avoid pretty well thanks to nearly four inches of wheel travel up front, and 4.25 inches out back, controlled by a pair of preload-adjustable shocks.

A new three-channel ABS system developed with Continental manages each wheel independently to prevent lockup. Strangely, the MP needs a lot of lever pressure to get the tires chirping, with a wooden feel TR described last week in this three-wheeler comparison. Now there’s ASR, Piaggio-speak for traction control, disable-able with a dashboard button.

Front wheels are up from 12 to 13 inches, and now pack one 258mm brake disc each. There’s more room for both rider and passenger now,  more accessible underseat storage, and there’s a new glovebox atop the new dashboard with a USB port. The front’s been given a facelift and an LED running light, the rear end is completely redesigned.

Around town, surprisingly, you can still lane-split through gaps about as easily as the average sport-touring bike, which is a must-have for us California riders – the bike is narrower than the handlebars. Speaking of California, we were hoping for some el Nino to kick in so we could try the MP3 in the rain; it’s real reason for being is so that you’ll never lose the front end again in a low-traction situation.

What we found instead of water was a beach parking lot full of sand; you actually can get going 10 or 15 mph and throw the MP3 on its side in a way that would have you instantly down on a two-wheeled scooter; it countersteers just like a motorcycle. The MP just does a few side-shuffles  and carries on, no problem. When one front wheel’s losing traction, maybe the other one isn’t. And when both are losing grip, the simple triangulation of the thing keeps you up until you cease doing the stupid thing you’re doing. 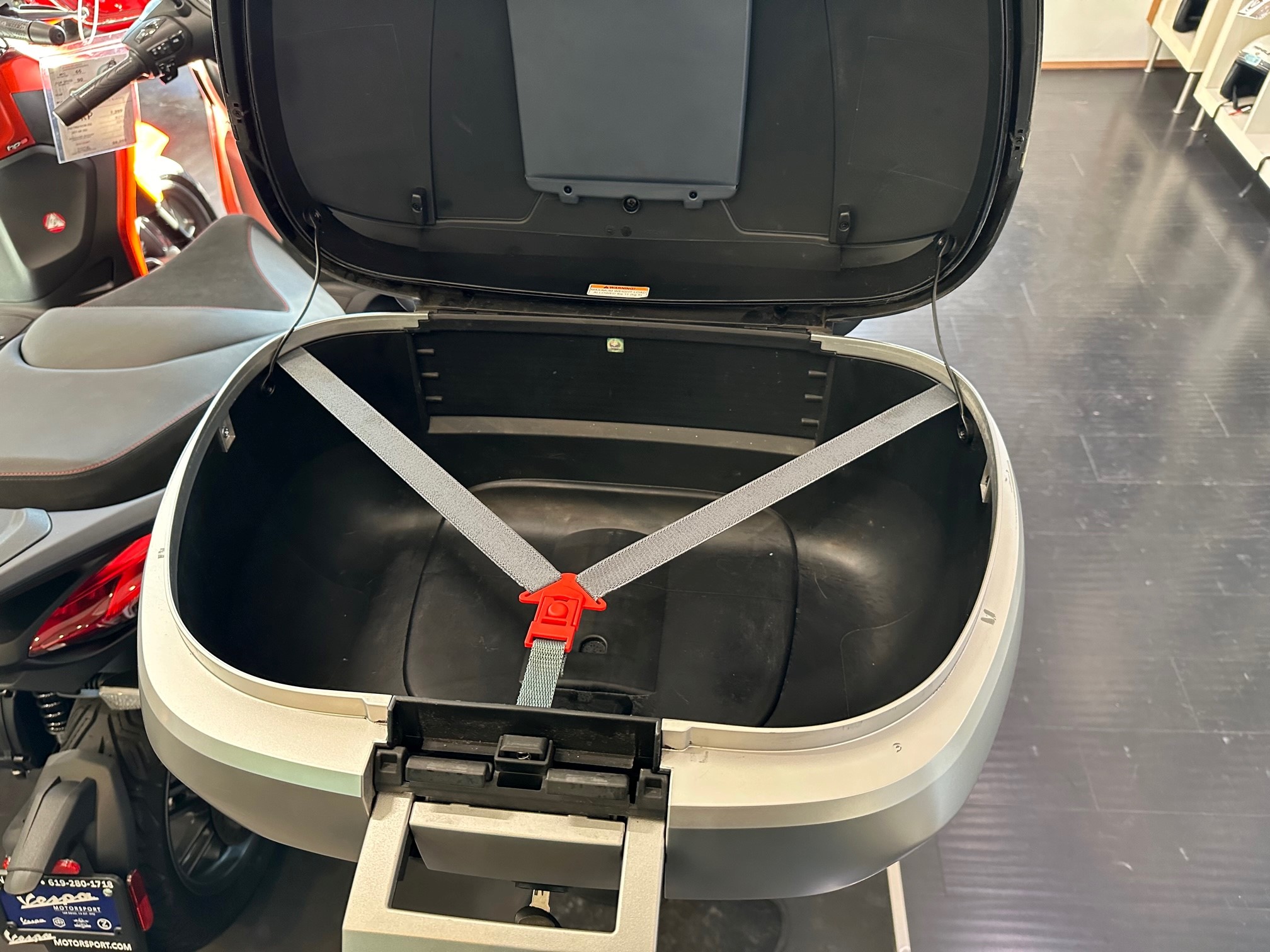 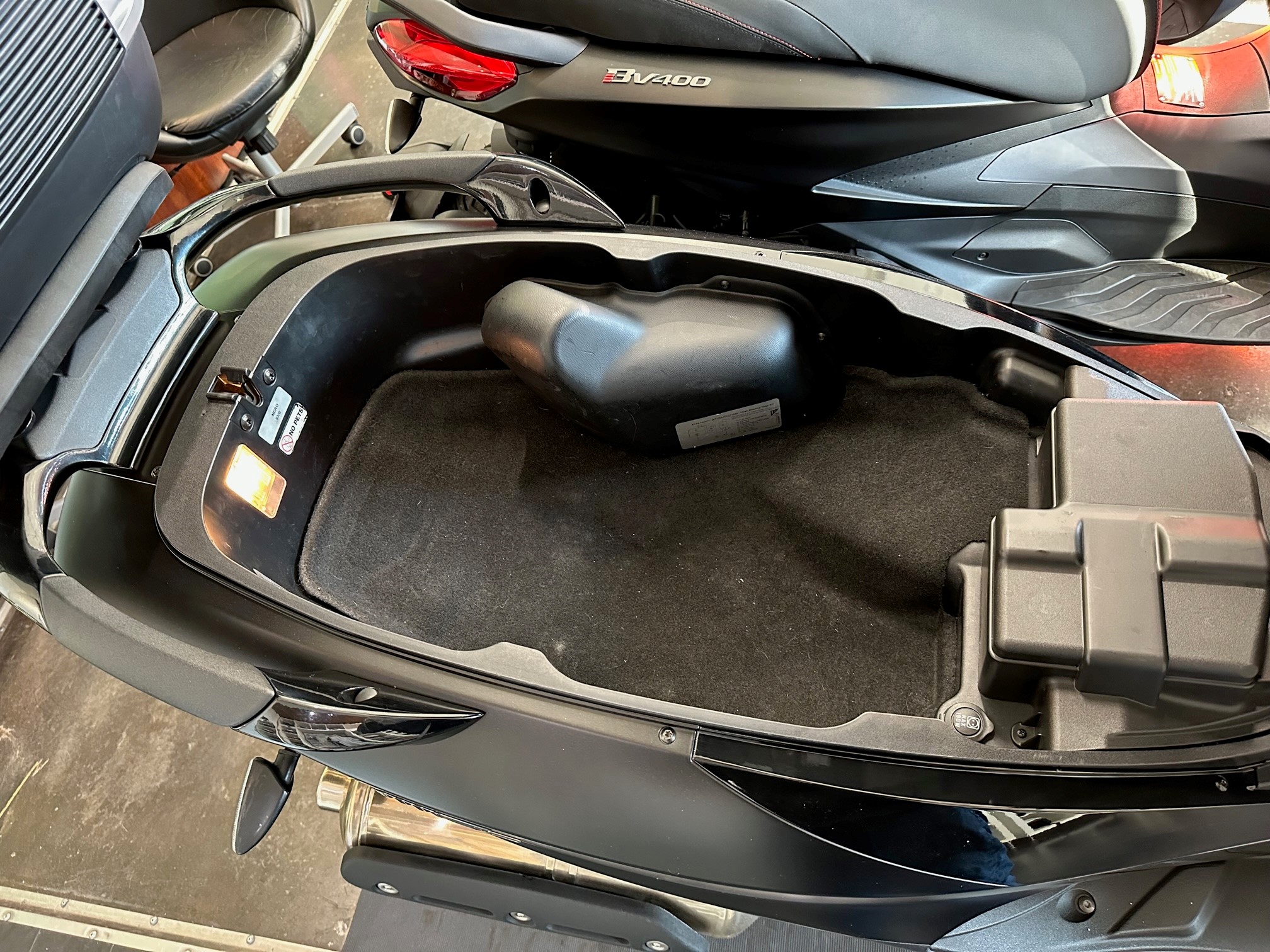 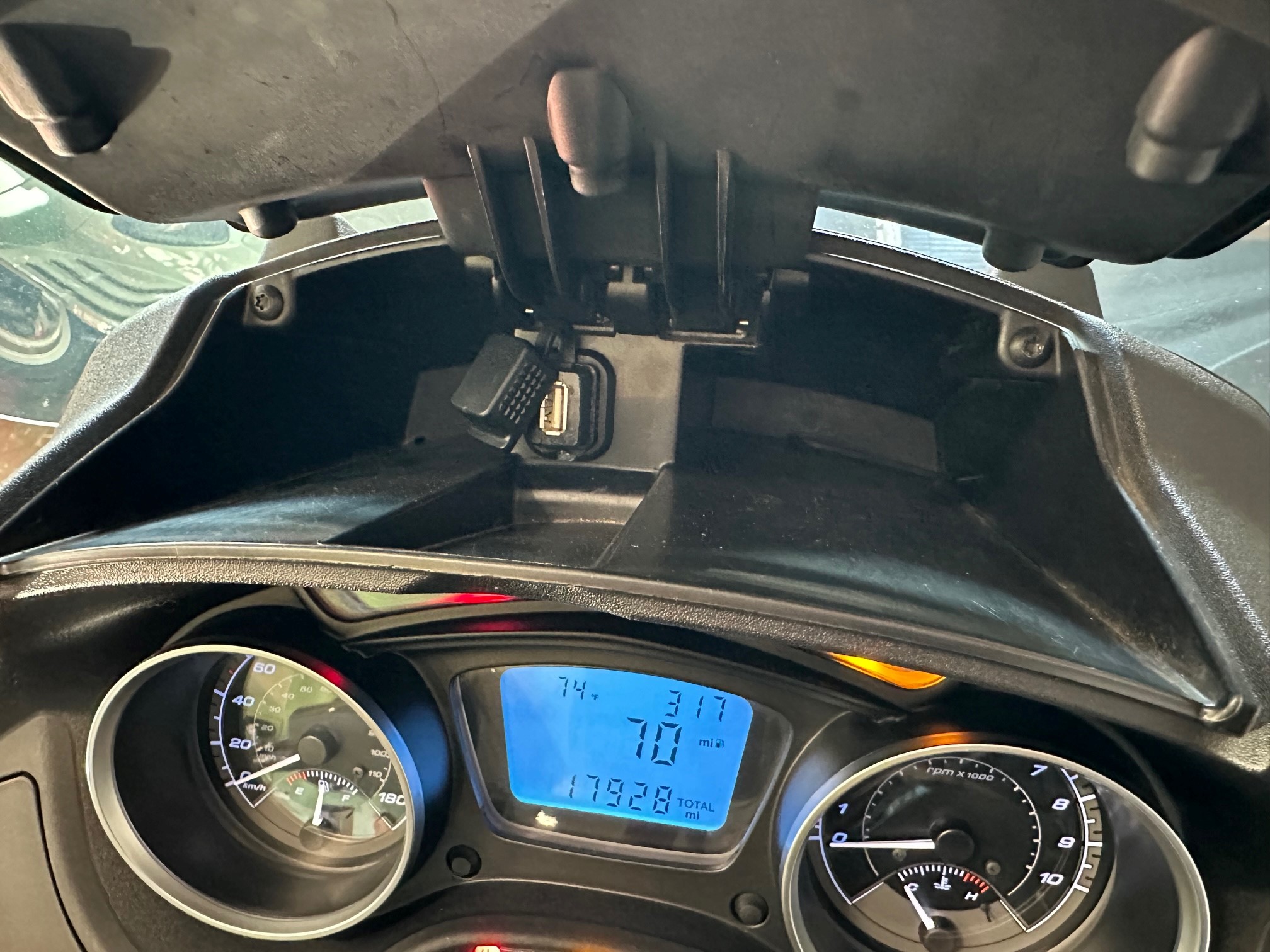 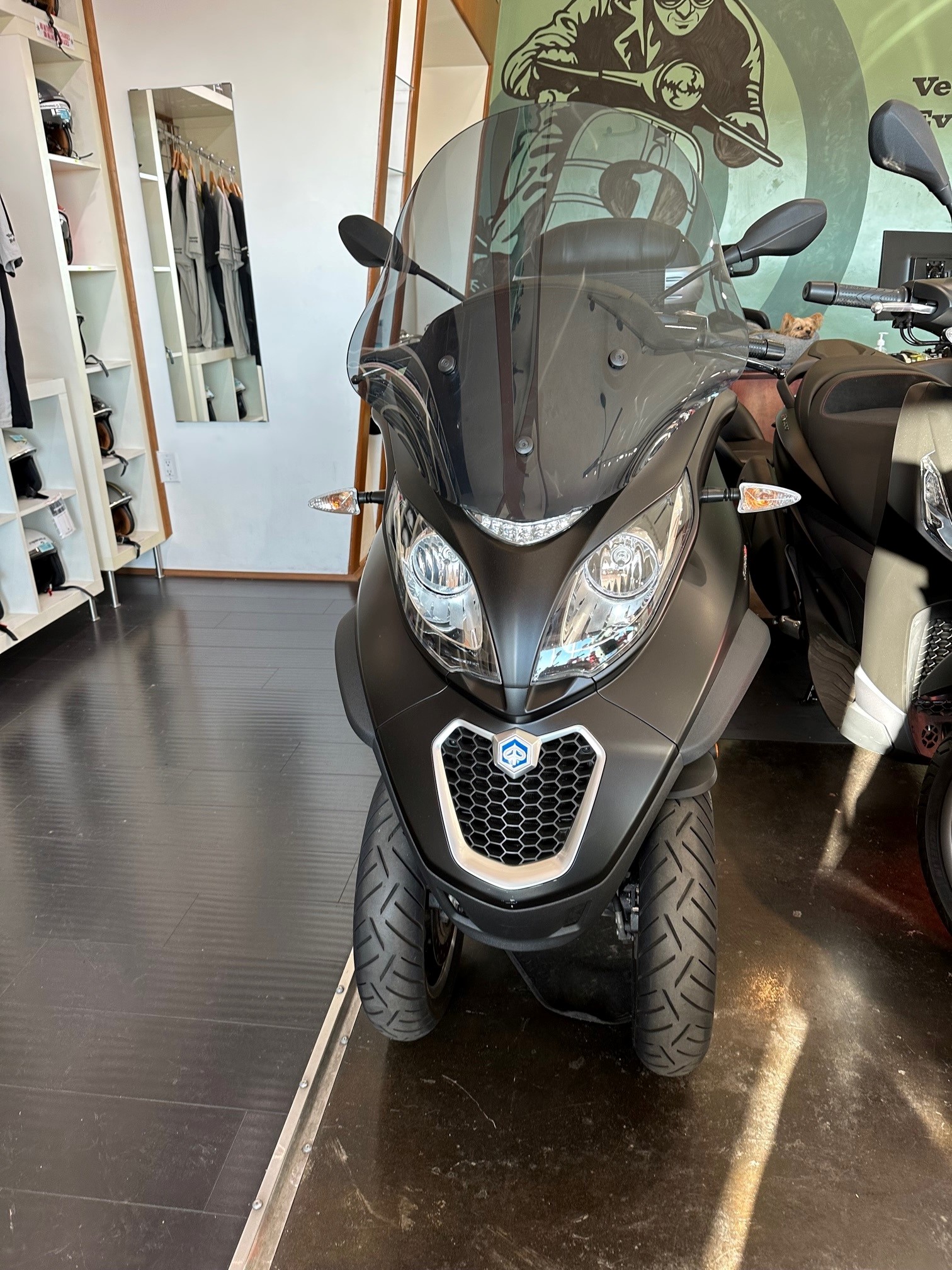 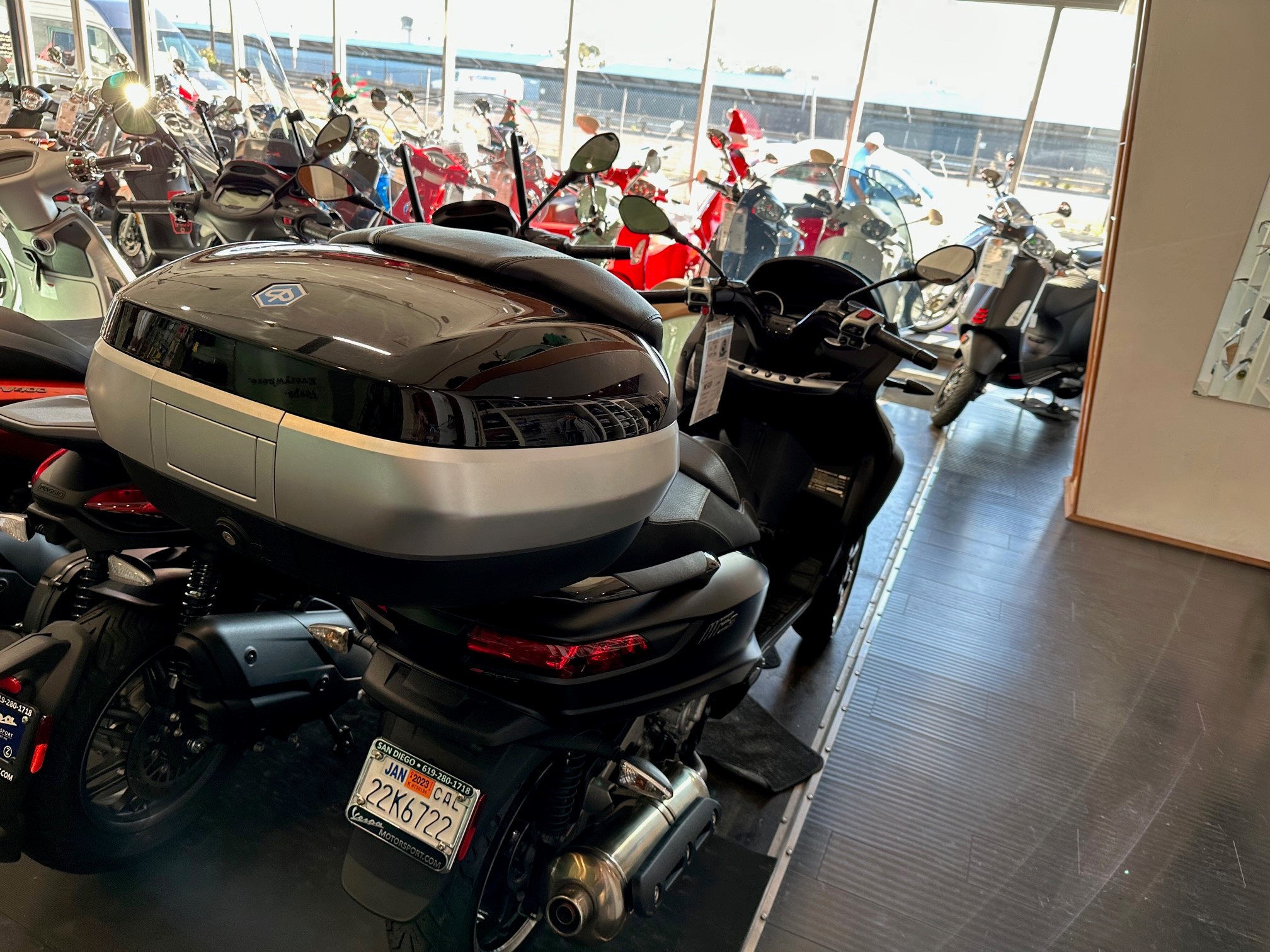 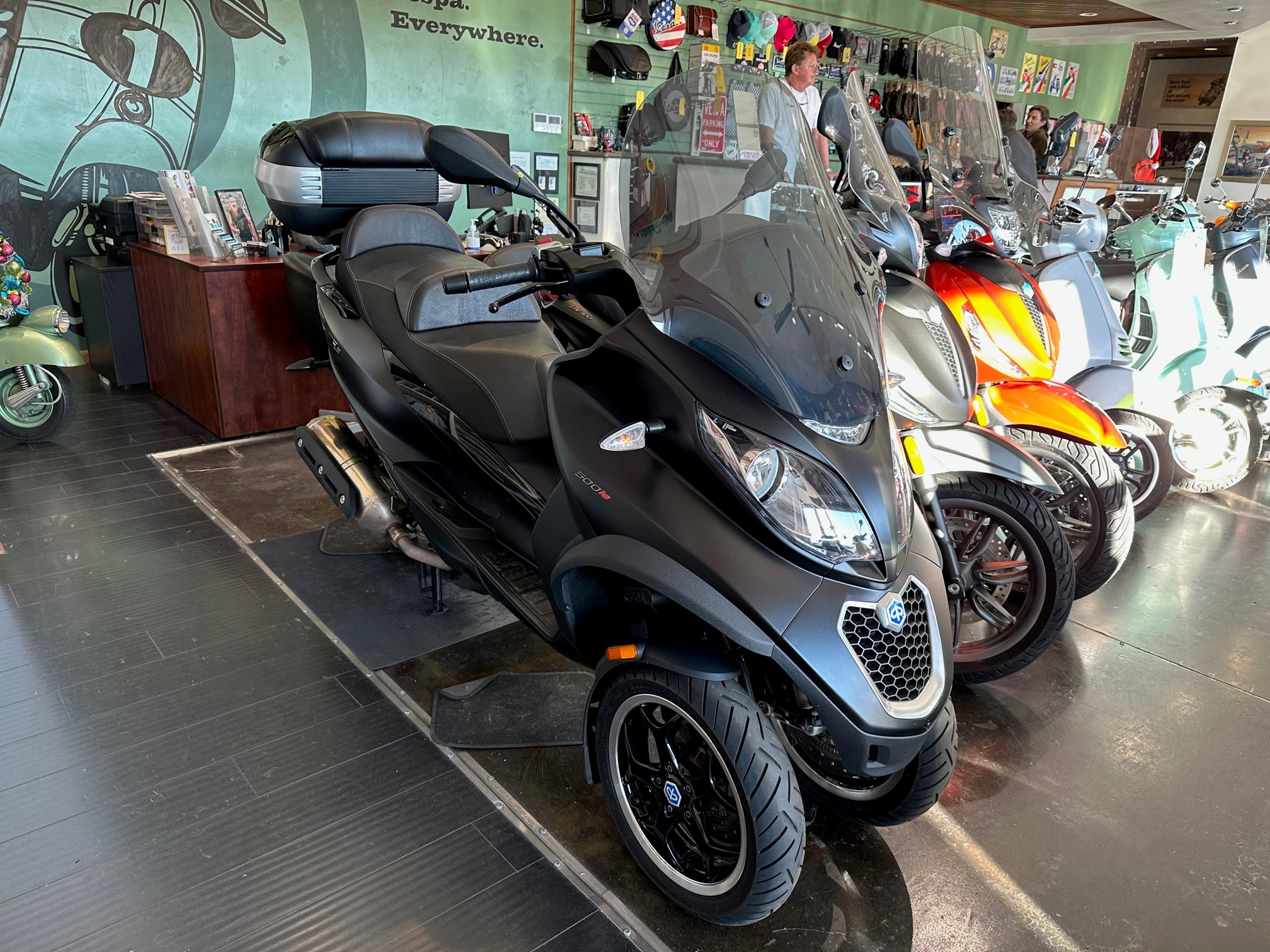